It was all physicaly togehter.

Electricly I had to splcie together the 2.0 loom plugs and the 2.9 engine loom. This was made more difficult due to my official diagrams not covering the 1990 spec cars. A day sitting on the kitchen floor had it all done and bound with medical tape.

With that fitted up it was time to start it…. Nothing not a squeek. even directly trying the starter did not seem to work. My m8 from Glasgow turned up and after a few bluffs we had the starter turning with a jumper wire and the engine fired and ran great. But we still could not get it to start on the key. Then neil checked one of the loom plugs I had disgarded and it had an extra pin that I had not used. This turned out to be the starter inhibitor not present on the older cars.

So it now fired and ran, but only once per ECU power up?????? That was finaly traced to a power feed that need not have been there, no idea why but once gone it started evey time.

Then there was the road test, initialy it seemed good. The revcounter was still the 2.0 4pot one so was overreading. But otherwise the car flew! it was using the shorter ratio 2.0 diffs so was much quicker off the mark than the standard 2.9.

There was a noise from the front drive, I was going to have to fix the front cross shaft mentioned earlier…. That required the sump comming off and replaced. That was duley done ( a bit of a pig of a job ) but by now I was starting to loose interest in the old girl.

With the next car on the driveway an a question “Do you wana sell one m8” saw the days of the TerribleTwincam numbered. Within a week it was gone to a fellow round the corner, and he sold it on a couple of months later… Where is she now? Probably a baked been tin.

And that was that one. I lost ~£100ish on it…. I vowed never to have another twincam. 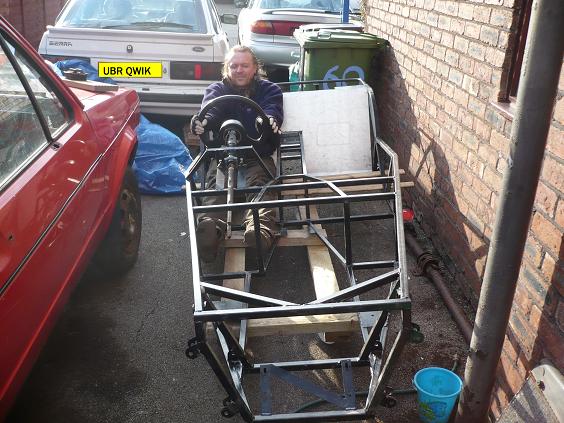