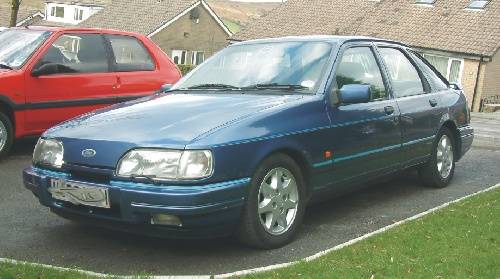 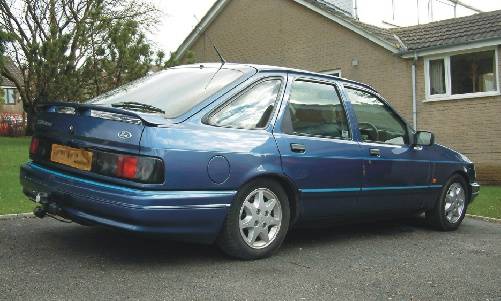 £400 and a trip with my M8 ( listening to hitchhikers guide to the galaxy on tape… ) to Lancashire saw it purchased.. It looked good, it seemed to drive ok. It had a years MOT! So things looked promising. 180K+ on the clock did not overley worry me.

Troubles were on the horizon though…

First thing I noticed was a bit of smoke on start up, and then the water was dropping in the headder tank. Things were looking bleak for the head/head gasket. Then I noticed a large hole in the drivers side sill, and one behind the front wheel on the inner wing. How did it pass an MOT? A question I asked the vendor, and one that he was a little off hand about! And he denied knowing any problems with water loss and the acution not mentioning it.

I got nowhere trying to chase the vendor, so welded up the holes and started to draw up plans. New head gasket? or new engine?

Meanwhile, there was a chirping tapping comming from the front end.. Similar to on (Car 7)

The chirping was from the front propshaft, confirmed when the engine was pulled out. After many conversations and the mention of cracked heads, timing chains, ya ya ya ya ya… I decided the best course of action was to put in the 2.9V6 from ( CAR 6 )

After a bit of fetteling and a clean up the lump was ready. 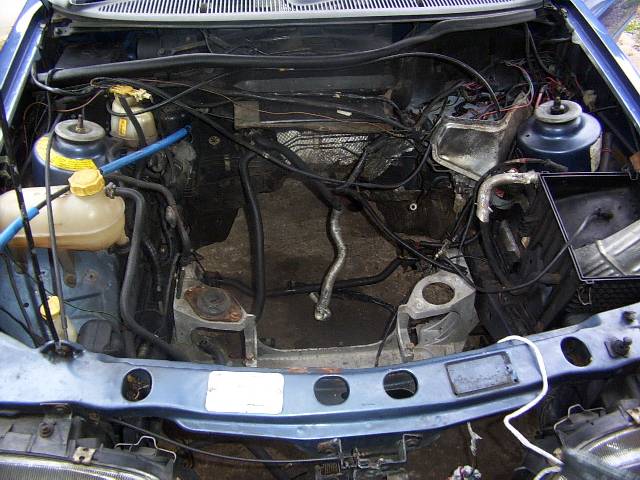 As you can see there is a fair amount of space without a twincam engine in there. Plenty for the V6! 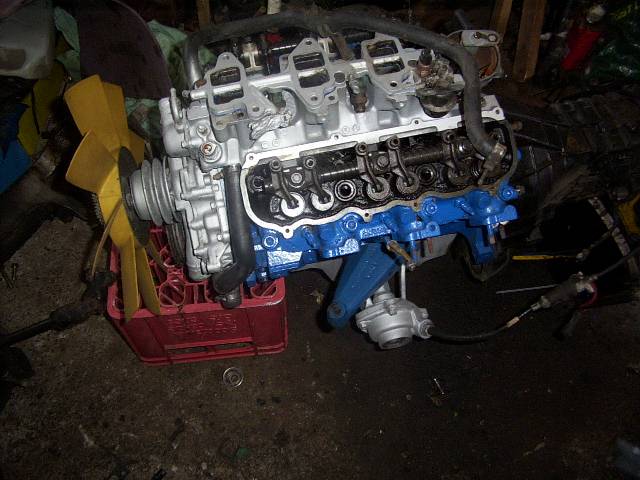 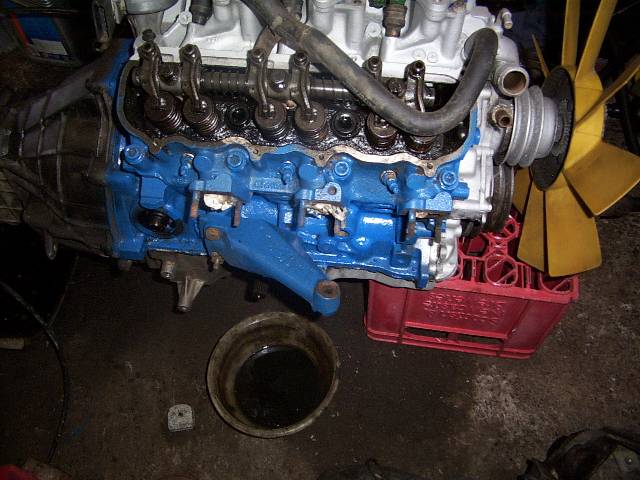 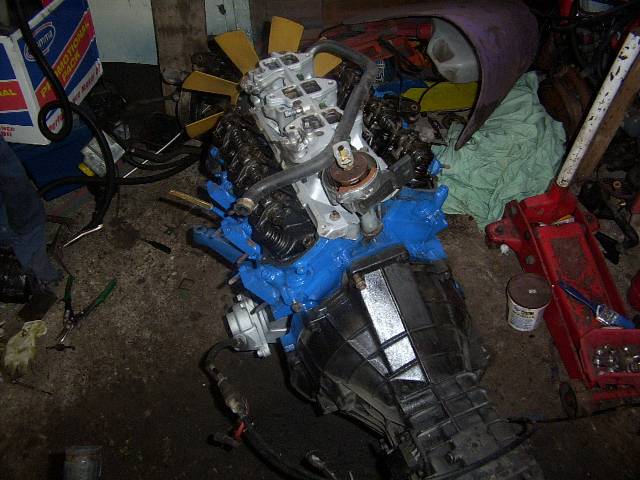 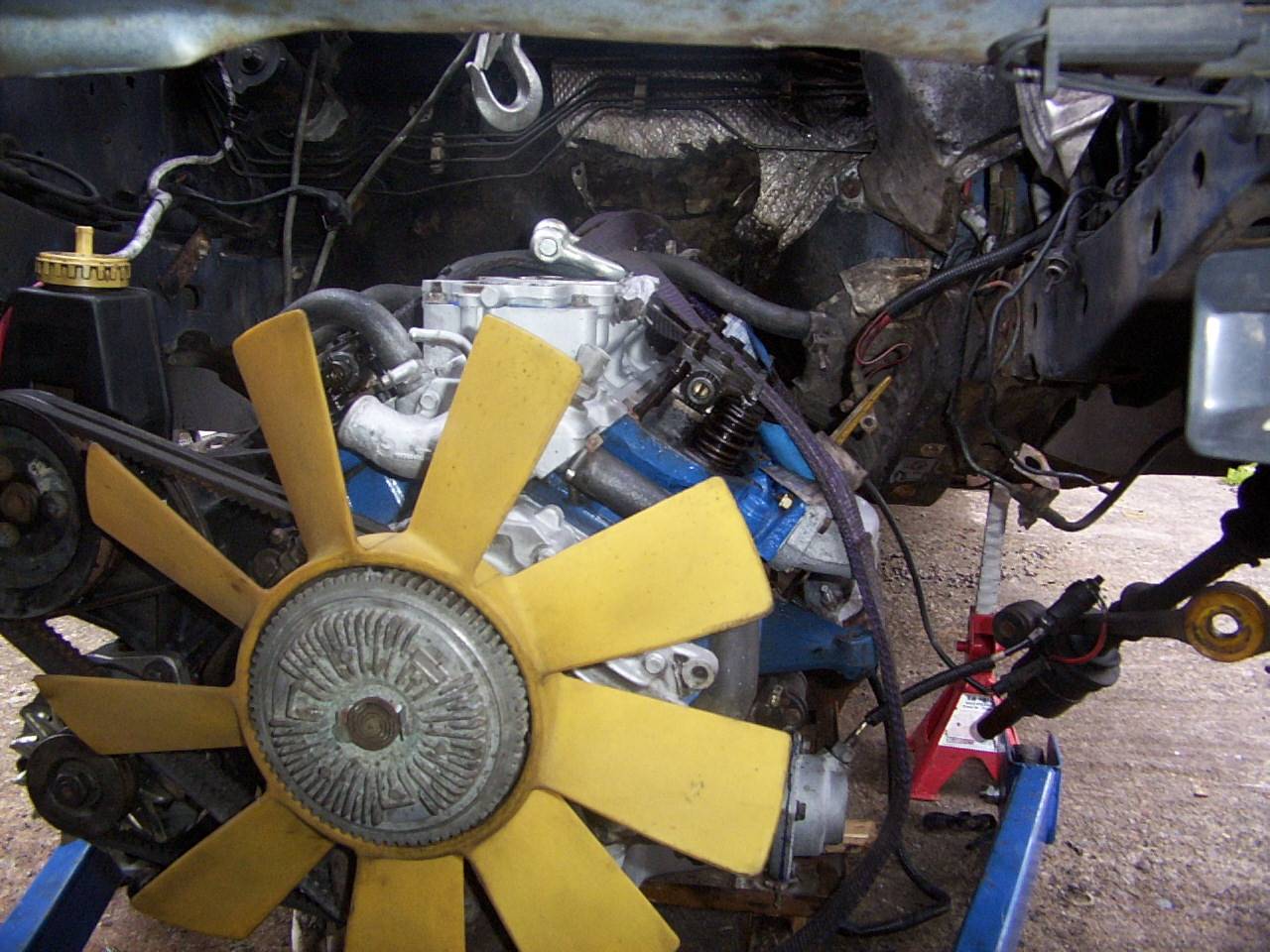 Physicaly the engine went in without a major hitch, I did shatter the transmission cross-shaft retaining ring, which would later come back to haunt me.

But everything else went to plan, the Ashley exhaust was crap fitting, and the prop was a nightmare but otherwise! 🙂